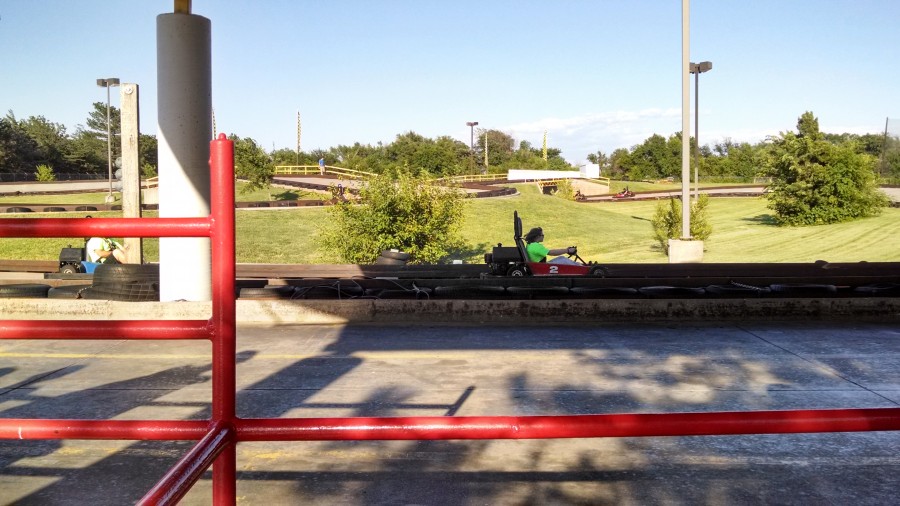 Last week, camp held a family night at a local small amusement park. The year before, my youngest daughter and I went to the fun night and had a great time. But, when we got home, our house’s air conditioner had quit. This year I was slightly worried that something bad would happen too.

The photo above is Nove flying by on the go-carts. I got lucky with my new Moto X phone camera and got a pretty good action shot. check out her hair flying behind her! 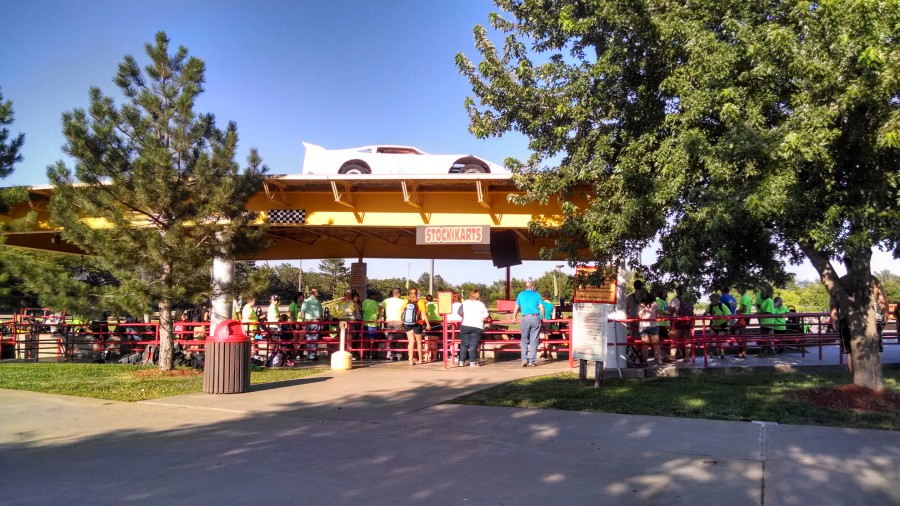 My older daughter went to fun night because I couldn’t get there until after work. She and Nove were having a good time when I got there, but the go carts were the first stop from what I understand. Nove has little fear of things like fast cars, roller coasters and hights. We had a great time last year riding their version of a ferris wheel and the Tilt-a-Whirl. Those types of sensory experiences are great for her. Me? I get dizzy pretty easily, so it’s not nearly as fun for me as it is for her.

Sadly, I did not get to stay and have fun with them this year. Their father called to say he’d been in a car accident and needed a ride home. He lives in the boonies and was all the way across town where the accident had happened. So, I spent about an hour picking him up and taking him home. When I got back to the amusement park, the fun was over and Nove was not in a good mood. It had been a 12 hour day for her and it was hot outside. She was clearly over tired and in the next photo you’ll see that she was upset with me taking her photo. She was upset with me about anything I tried to do though. Standing, sitting, touching her horse, existing…… 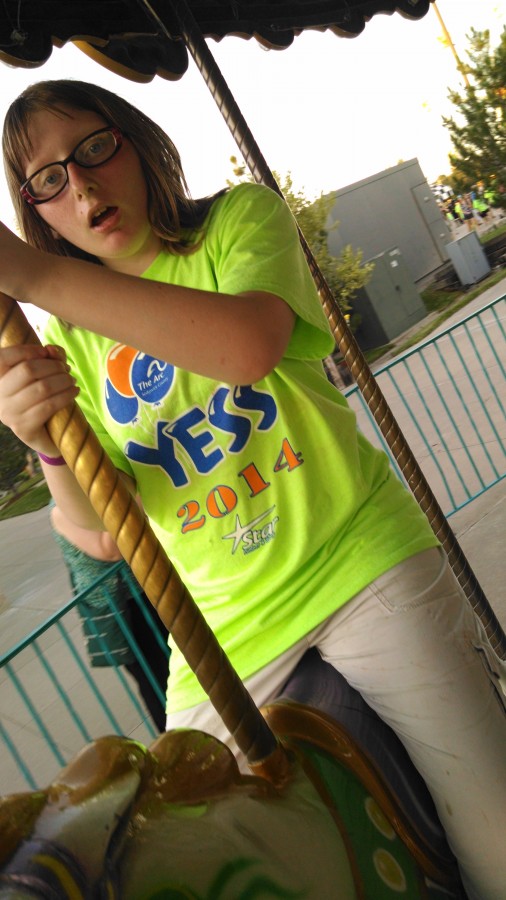 It turned out that it wasn’t just a long day that put her in that mood. She was coming down with a cold. The next day she said she didn’t want to go to camp, but couldn’t say why. The day after that, she said she had a sore throat and by that evening, she was sneezing snot all over and coughing because she couldn’t breathe well.

It’s now been nearly a week and while she’s better, the cold is still lingering.

What’s worse? Now I have the cold.

Autism, Schedule Changes, A Bakery, and Diabetes Toys for Kids With Autism – Give Me 5