Challenging the Perspective of Words

My perspective was challenged today, and it hurt a little. The sting did not last too long though because I can see how the words make a difference. Words are important to how I hear things, so I bet they matter to my kids too. 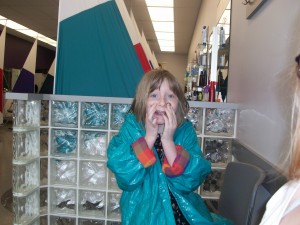 But, those things she doesn’t know about also give her the advantage of a wider frame of reference.

She isn’t pulling her vision of my daughter’s growth from a place colored only by what we’ve (our family) personally experienced. Her vision includes the possibility of what has worked for other families. She can see what I’m doing, and how I’m saying things in a way that I don’t’ hear them or see them. She can see how my daughter might use my words to her advantage.

She’s a good councilor. I’ve liked her from the beginning, but I always feel protective of how I raise my kids. I’ve had to do it on my own for so long. It’s overwhelming most days. The overwhelm has kicked in big lately, and I can’t concentrate on much of anything.

I keep rearranging the furniture, hoping it will bring some kind of clarity, but it doesn’t.

Lets get back to perspective though. I used to believe with all my might that my daughter wouldn’t manipulate me in the underhanded and slimy way that her teachers tried to make it look. I was right about it then. But, my daughter does manipulate me (don’t all kids?).

It just happens to be a little less conscious now = based more in reactions and habitual behaviors.

I went through it with my own mother. I had reactions before there was an action on her part. I expected her to behave a certain way in a given situation – usually a negative behavior- and so I would act before giving her the opportunity to act any other way than I expected. It was hard to get over, and my older daughter still struggles with it. But, my mother was able to get a handle on her behavior. And I got a handle on my expectations of her behavior.

So, with my daughter, I feel like I don’t expect much in the way of a certain behavior anymore. She has always been unpredictable, yet I know things that will set her off. This councilor has indicated before and again today, that while I’m in charge of my kids, I may not give the impression through words, that I am.

We believe strongly in letting our kids make decisions – and live with the consequences. This councilor has indicated that I could be firmer in stating when there is no choice for the kids. I can hear you all tensing up right now- just like I am while I type this……..

The example: The councilor came out the waiting room and informed us that she would like to meet with me before seeing my daughter. I remember the councilor asking me or my daughter something – as in “would Nove be okay while I talk to you for a bit first?” I don’t remember the exact words. She asked, not informed.

So, I had to test my daughter’s temperature (mood) by asking something along the same line. My daughter did not want to wait, though. After someone offered to let her watch a movie while she waited, which worked for her, was when the councilor said that in that situation I could have informed my daughter that I had to be seen first, rather than asking a question.

I’m not sure this is fair since the councilor asked me the question right in front of my kid. But, I understand what she means. I’m not sure I’ve explained it well. I gave my girl a choice that I guess (now) I recognize she shouldn’t have had. She was fine in the moment – having a good morning, so I really didn’t have good reason to think she was not okay for a few minutes without me.

My question is this – are you aware of how you set your kids up to take advantage of the situation?