Do you practice the 5 major symptoms of an Unhealthy relationship? 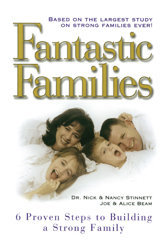 Last week I began a parenting class through South Central Mental Health services of Butler county where my daughter is a client thanks to her autism. The class is based on the book Fantastic Families by Dr. Sinnett and Joe Beam.   I’m not taking the class because it is required, I’m taking it because I want to learn as much as I can about how to help my family heal and stay happy and healthy.   The first week we learned about the 4 quads. I’ll try to supply my drawing. Basically the quads divide what a person’s life would be like based on the intersection of love and discipline in their life.

We also went over the Five major Symptoms of an Unhealthy relationship. Most of these reminded me of what my mother has told me of her family life growing up. My thought continually went to her, and apparently it struck some chord with her also because she visibly wilted during this part of the class. She also got a full on headache (but this is another subject to cover at a later time).

1.When we are  not allowed to think. “because I said so!” “that’s a stupid thing to think” controlled thinking

2.When we are not allowed to talk. Children are seen and not heard. children have a fear of asking or telling. If they don’t hear you say “I love you” they think it isn’t so.

3.When we are not encouraged to “feel” our feelings. “you don’t really feel that way”, cutting them off, shaming them for thier feeling. This leads to dramatic insecurity and mistrust of self.

4.When we don’t connect with our kids. working too much, not attending their events (games, concerts, ect.) Not spending any time with them outside of dinner or required daily tasks.

5.Violating people’s boundaries. Examples could be thumping on the head, swatting on the butt (outside of corporal punishment), tickling – especially relentlessly.

So, what do those things mean in plain and simple terms? They mean that the child or person begins to believe that they don’t matter, their thoughts, feelings and actions won’t matter to their family no matter how good or bad those things are. It means that they won’t learn how to express their thoughts and emotions in a healthy and positive way to anyone – ever. When they get older, they may have angry bursts of emotion over seemingly small issues because they don’t know how to tell anyone that something is wrong or bothering them. They won’t understand boundaries with other people. Not emotional or physical boundaries. They will not trust themselves for any number of reasons and their self esteem will plumet, perhaps never to be regained. That is hard to imagine for many people, but it is all too common and often something that parents and caregivers don’t even know they are doing. Are you aware of your own emotions and conditioning? Can you begin to take notice of how your reactions might be affecting your children and other family members?