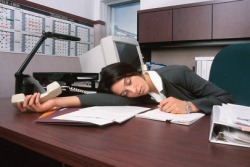 The advancements that my daughter has made over the summer are pretty cool. She now uses language before physical action much of the time when she needs to express an emotion. Instead of hitting first, she’ll tell you she’s angry even if she doesn’t understand why. Well, she at least says she’s angry while she’s trying to hit me instead of not saying what she’s feeling at all.

So, in addition to the informal informational meeting we had with the school staff before school started two weeks ago, we also met 2 fridays in a row with the autism team leader to fill out the Zigurat model which will hopefull hehlp the staff help my kiddo.

Today we had to meet with the case management team to reassess the plan they have for Nove’s support. There were 6 team members, my mom, my daughter and me. 2 people I didn’t know, but the rest were the support personell who have met with my kiddo and my family over the last 6 months and who have helped her in so many ways to overcome her hurdles.

We went over the previous plan and added a few things to it for her to meet new goals and to tweek a couple of those goals.

It is times like that, when I realize just how odd my daughter’s behavior can be. She would answer each different question with the same answer though it made no sense in that context. She said she did things that she doesn’t do, like getting herself dressed and toileting on her own.

She really did not answer questions about what she doesn’t like at school. She’s a very mixed up child.
I also noted that during the meeting, she was in charge. While she appeared to be playing with the toys that were given to her, she would periodically let them know she had something to say, then single out her favorite case manager and tell him something that had nothing at all to do with the conversation. She was simply exherting her control over the situation. At least she was polite about it which another team member noted.

The thing is, we are not done yet! We have an IEP coming up with the school in a couple of weeks, then we have to do another meeting/assesment for the case management team, AND they want her to start meeting for one on one sessions with their own psychologist.

When will I have time? Actually, I’m really happy to have these people in place. Without them, I think my daughter would not be where she is today. She would not have developed the few skills to communicate verbally and emotionally.

I just feel less and less that I’m my own person, but I am becoming more and more my daughters keeper. I doubt that is good for either of us.

Back to school with Autism and ADHD Does your special needs kid act out before they get sick?