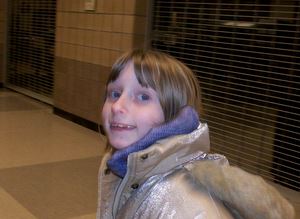 last night was Nove’s 2nd grade Christmas concert. This is the 3rd year she’s performed with her class on stage with the lights, the audience, the noise. She’s typically done okay in this situation, meaning no melt downs or over anxiety.

On the way in, she was happy to be there, if a little worried that we were late. We were not late, and after 3 seconds of panic when she thought she heard her class mates on stage, she walked into the band room and saw them all. Instant calm.  She sat where her teacher said to sit. Then another teacher gathered her and some classmates for a photo opp. 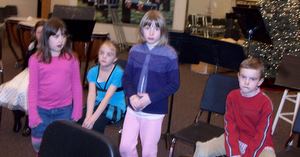 Not that they wanted their pictures taken.

So, I told her I loved her, and have a good time. Then I went to sit with my older daughter and my mom in the auditorium. 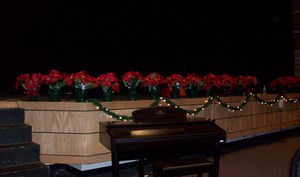 We thought we’d sit on the front row so Nove could see us, but we couldn’t see past the row of flowers! So, we moved up, and then across the way, and then up one more time. However, it was perfect because when the kids came out, we were directly across from Nove who saw us and waved. 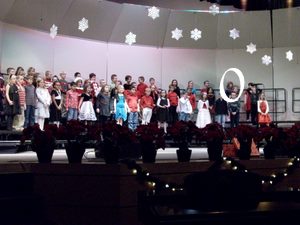 That’s her inside the circle.

Here’s the sad part. last year at her concert, she was engaged in the process. She sang, she did the actions, and she was “on”. But, like her first year on stage, this year no one was home. Actually, she was visiting somewhere else……

For the almost 20 minutes on stage, she was sliding her butt and back along the railing and looking to the left. I found out her crush was on the left side of the stage and she kept looking to see what he was doing. I can’t blame her, he has great hair! She’s the one in purple, top row, looking to the left in most of the pictures below. 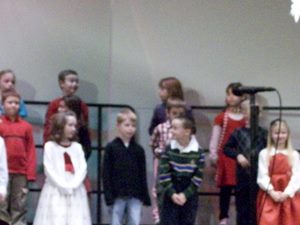 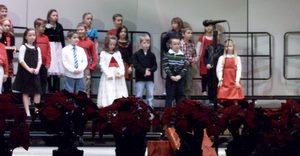 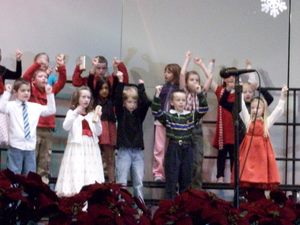 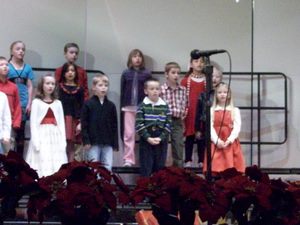 When she wasn’t looking at him, she was looking up at the ceiling or at nothing at all. She barely sang, and barely did any of the actions.

And this, my friends, is what it’s like living with her too. We never know how much she’ll be involved, how engaged, or how much “in her head” she’ll be.