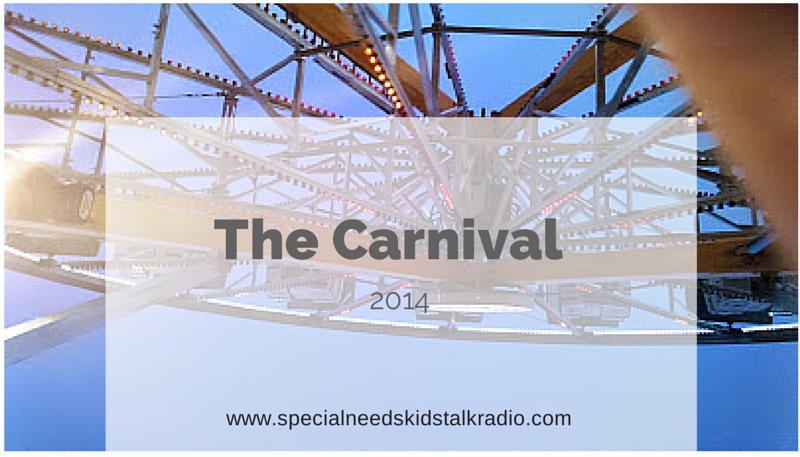 Every year in September, our town hosts a festival and the highlight is the carnival. Some years we go, some years we don’t. This year, my man came along for a little while, but the rides seem to bother him more in recent years, so he did not stay.

Nove and I did, though. We hit about eight rides and while my phone is not a professional camera, I got some fun pictures from our evening. 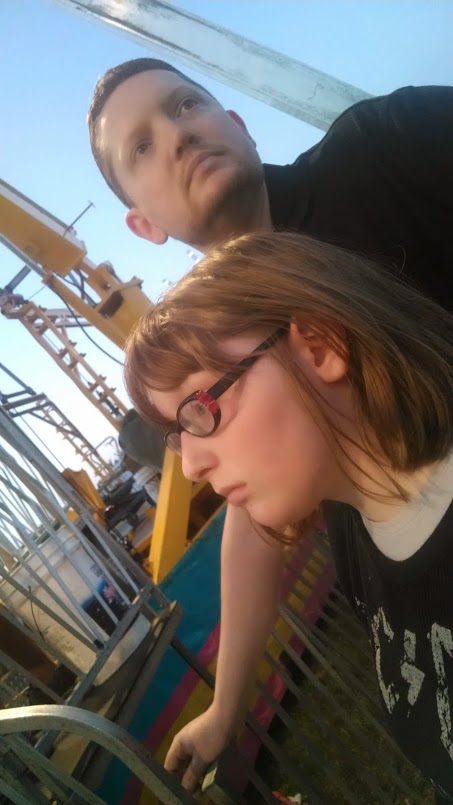 We started with the Farris Wheel since he thought it wouldn’t make him sick. While we were waiting in line, I got this photo of the two of them. It’s a great shot, but neither of them look happy. Nove was very anxious about the whole thing. 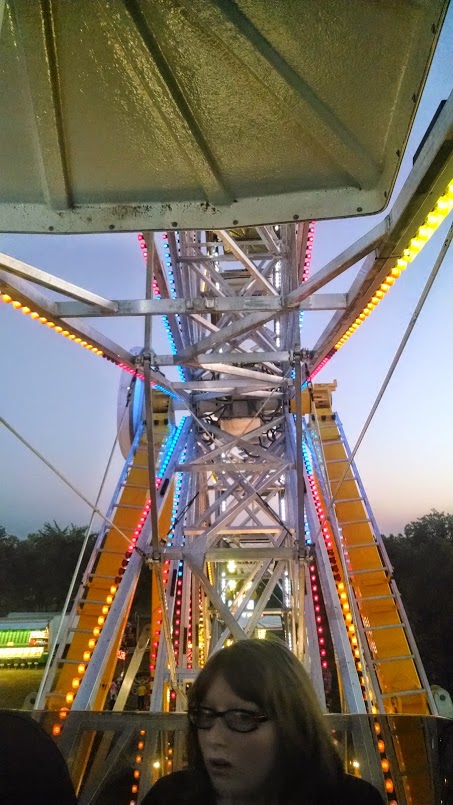 Again, she’s not looking happy. But, the view was great that evening. It was cool, but not cold. Not too windy and the sky was clear as you’ll see the in the skyline photo next. 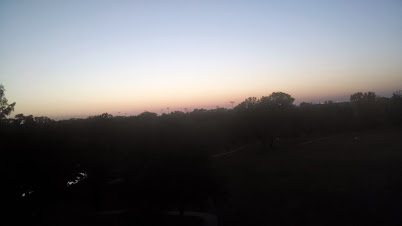 The sun was setting as we got there for the evening, so the skyline isn’t as crisp as I’d like, but it’s still a great view. 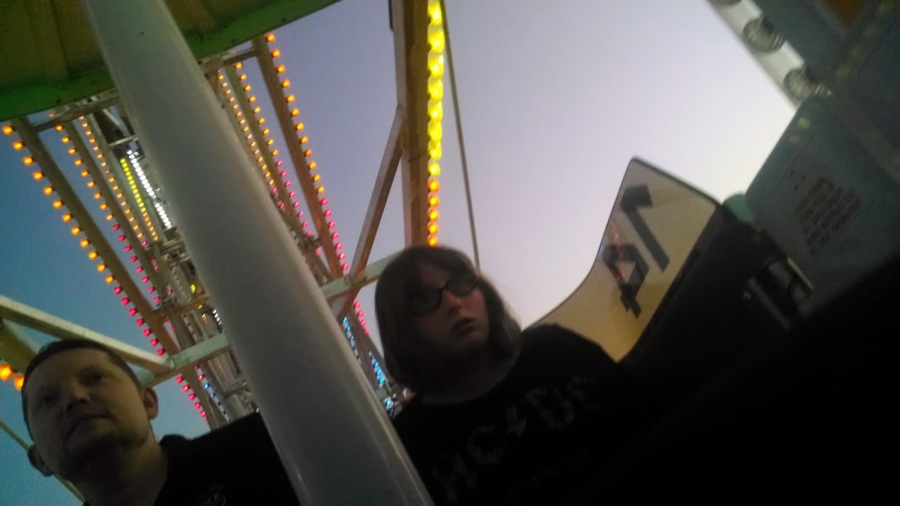 I think Nove was mad at me for taking photos. Some days, she’s in love with the camera, but not that night. She was full of anxiety. 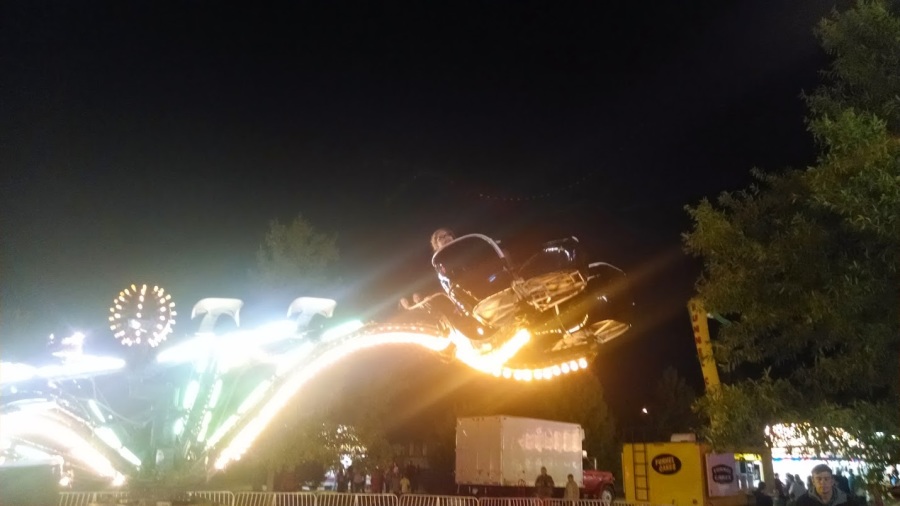 The Spider is what we rode next. Just Nove and I, though, because the man left. This photo shows my older daughter riding with her friend. The worst part of this ride is that they stuck us at the top, hanging almost upside down, while they loaded more people. It hurt my neck so badly, I wanted to get down right then! 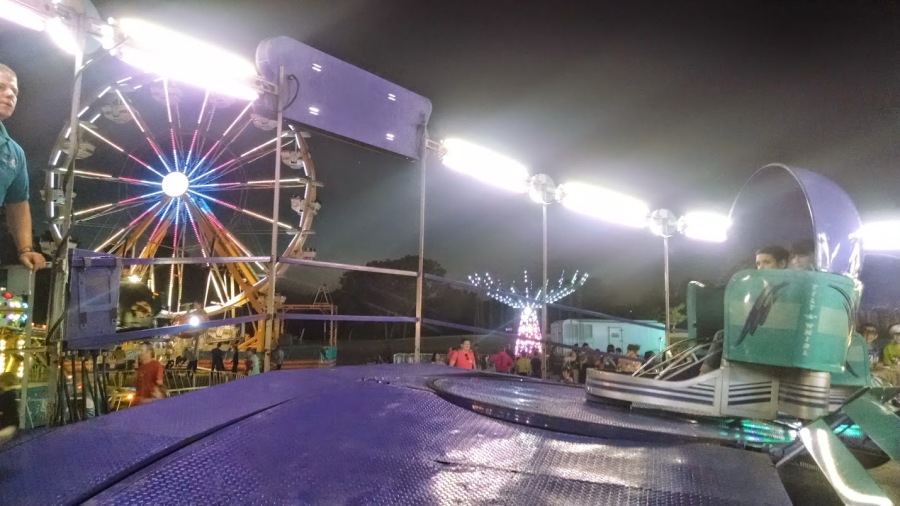 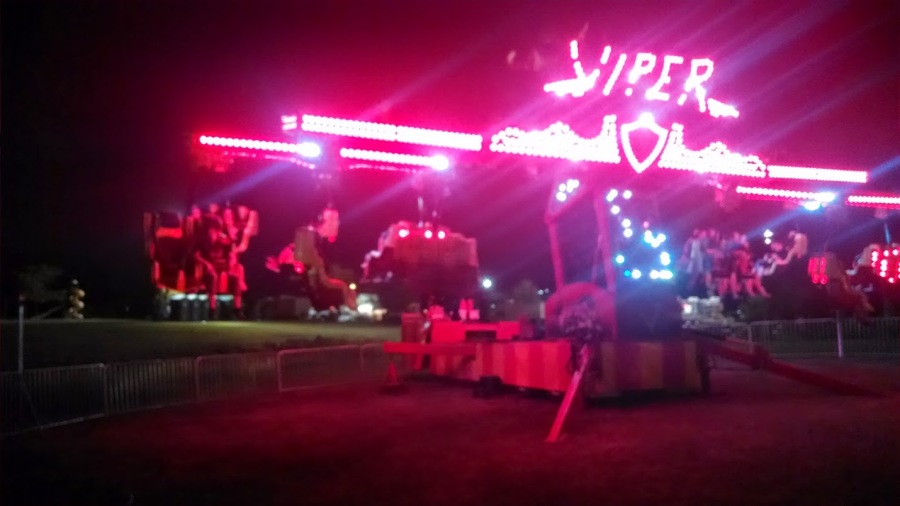 The Viper was a new ride for us and it was a lot of fun. There was only one ride that night that Nove did not fully enjoy, but it wasn’t this one! Every time I looked at her, she was grinning like the Chesire cat! 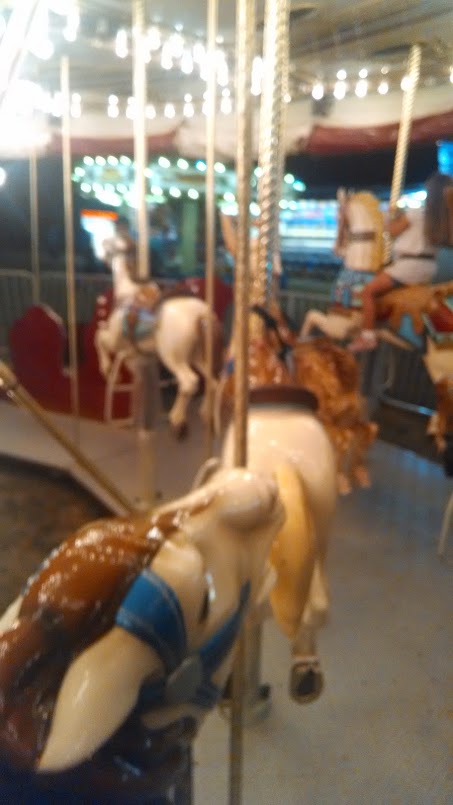 The last ride of the night was a calmer one for us all, the Merry -go- Round. She rode the pretty chicken, while I just stood next to her on the platform. Her sister took a seat on the benches, since she was feeling ill.

It was an enjoyable night for us despite the anxiety of waiting and excitement. The sensory input that she gets from those rides must be exhillarating. I did my best to enjoy them too – trying to just feel what she might be feeling.

Are rides something you enjoy? Why or why not?