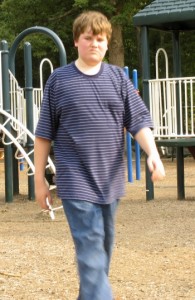 Bullying has been in the news for a few years now. The biggest headlines were a young man being outed by secret video in his dorm room and a gang teen girls beating the hell out of another teen girl at a party.  As parents, we are probably well aware that bullying happens, but sometimes it’s hard to clearly define what constitutes bullying.

It isn’t that simple to define Bullying

I can hear my ex-husband who is in his 50’s saying to my girls “we all get bullied. You just have to stand up to them and deal with it!”

But it isn’t that easy or simple. Bullying looks a lot different now than it did when I was a kid or even a teen. It looks even different for someone older than I am. To be short and direct, bullying is basically when a child intentionally does something to purposely hurt another child. This can be done in different ways; verbally and psychologically and physically. Regardless of which method the bully uses, the purpose for the bullying is to feel empowered by making another child feel inadequate.

For mothers, it’s especially easy to think that anytime your child is being picked on he or she is being bullied. However, children often tease each other and that isn’t necessarily bullying. There has to be an intention to hurt your child in some way. The best way to determine whether or not what’s going on with your child is whether or not it’s happening on a regular basis. Usually, teasing isn’t done every day, but here and there.

One of the things many mothers want to know is how early bullying can start. Bullying isn’t something that’s reserved just for grade school children and up, but can start as early as preschool or at daycare. It is most commonly started when children are going through transitional stages such as starting at a new daycare or school, going from preschool to grade school, being caught in the middle of a divorce, or other stressful situations. Therefore, if your child is experiencing any type of environmental change, it’s important to watch him or her for aggressive behavior.

Bullying looks different for boys than it does for girls

I’m not being sexisst here. The facts are that it’s important to realize that bullying varies between boys and girls. Boys are generally more likely to be physically aggressive and girls are generally more psychological about it. For example, boys like to push, shove and hit. Girls on the other hand,  use their words and behaviors to bully. It may be a roll of the eyes or convincing other girls to ignore the child being bullied. They might make rude or mean comments to the child on a daily basis. However, I got pushed and hit when I was in high school, and it was by a girl.

When bullying occurs, it affects the victim in several negative ways. These children often don’t pay attention in class because they’re concerned with what the rest of the day holds, which affects their ability to learn. In addition, victims of bullying may become withdrawn and look for reasons not to go to school or daycare. Therefore, it’s important that parents, especially mothers, keep the lines of communication open with your children and pay attention to your children’s behaviors so you can catch the problem as soon as it starts.

For us, when our daughter said she didn’t want to ride the bus to school anymore, we didn’t know if it was because the bus is too loud, or if something else was happening. We talked to the bus driver and asked if he could keep an extra eye on her. It turned out that our neighbor boy was picking on her about her odd behaviors due to her autism.

Interview: Helen C. Hipp, A Different Kind of Safari Is your kid being bullied?