How Cyberbullying Can Affect Your Teen

With the increasing popularity of social networking sites and online chat rooms, cyberbullying has also spiked. Cyberbullying is not to be taken lightly, especially in the wake of recent deaths tied to the issue. It is important to discuss the issue with your teen to increase awareness of the issue. If your teen is a victim of cyberbullying, there are steps that can be taken to resolve the issue before any drastic effects take place. 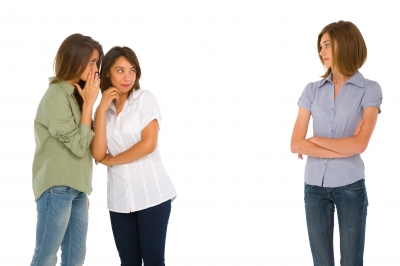 Cyberbullying occurs when one (or more) child bullies another child in an online venue. While the bullying is not taking place in person, it is still a very serious issue. Teens that use the internet to cyberbully traditionally target their peers and smear their names or issue threats. Cyberbullying is not typically a one time occurrence; it is an ongoing issue that will continue until the matter is addressed, either by authority figures or by the teenager themselves.

Teens can handle cyberbullying in different ways. While parents may not recognize the signs of teen cyberbullying, teens often take the cyberbullying to heart. Such instances are shown when children commit suicide for no apparent reason, only for parents to discover after the death that the teen was a target of cyberbullying. Suicide or murders are the extreme extent of the issue.

Victims of cyberbullying usually become self-conscious or withdraw into themselves. Acceptance is what every teenager wants, especially from their peers. When a teenager is bullied instead, whether online or off, they can become very depressed and even express signs of self-hatred.

It is important, as a parent, to be aware of any changes in your teenager’s attitude or behavior as these can be early warning signs that something is not quite right. Addressing the issue head-on can be beneficial for both your teenager and you. Your teen will be happy to have a parent who cares and will stand behind them even if they don’t show it.

Lack of parental support can lead to feelings of isolation and loneliness, along with depression and thoughts of harming themselves.

While murder and suicide are the extreme consequences of cyberbullying, most events are not usually pursuable in a criminal manner. While it is only normal to want the offender to pay for deliberately setting out to hurt your teen, it is important not to stoop to the teen’s level as it then becomes a more serious nature for which you, as a responsible adult, will be in trouble. It is more advisable to document all of the cyberbullying events and use them as evidence if presented to the authorities.