The Process of Diagnosing ADHD

How ADHD is Diagnosed

Recent statistics state that 1 in 10 kids in the United States are diagnosed with ADHD. As we’ve discussed before, there is no one known cause, but comprehensive testing has been developed to help diagnose those suffering from the condition. 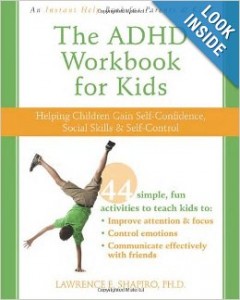 Like many other conditions, ADHD involves a variety of symptoms and attributes, making it impossible to diagnose with a simple blood test. Instead, diagnosis requires a group of trained professionals, a variety of criteria, and the observations of parents or other adults.

Before your child is diagnosed with ADHD, he or she will likely meet with more than one professional. There are psychologists, counselors, medical doctors and other specialists in behavioral disorders involved. The process can sometimes be a tough or extensive one, but have patience.

Our experience was that my daughter’s grades failed badly in 5th grade, but we had seen signs before that. When she failed math, we went to the doctor and didn’t even ask the school again because the two times they checked her before, they found her to not match their criteria for ADHD or learning disability.

At the doctor’s office, we were told to have both parents, gramma (because she lives with us) and at least 2 teachers fill out a Connor’s assessment. It asks a lot of questions about your child’s behaviors over a recent period of time (3 or 6 months I think). When we got everyone’s forms turned in, the doctor called me to say that my daughter’s ADHD was the worst he’d seen.

Wow. What validation was that? And how badly I felt for not getting her diagnosed sooner…..

The 6 Types of ADHD

Most attention deficit disorders are of three main categories, but six types have been identified. Children who have ADHD can also have accompanying conditions that make it hard to diagnose without professional intervention. If your child has symptoms of ADHD, the behaviors and challenges will usually begin in early childhood, and must last for at least 6 months before being considered as possibly having ADHD.

There are six types of ADHD. These six categories are further breakdowns of the 3 main types that are most often used at diagnosis. It is not always necessary to categorize a child by the more precise types if they fall into one of the broader categories, which are:

You can see more about these main types in my post here: the 2 types of ADHD

Here are the six, more precise (or sub-types) of ADHD

During testing, the medical team will use the following criteria to make a determination:

All of these tools are used to rule out other causes of your child’s behavior, and to determine if their ADHD has other accompanying conditions, such as depression. While it might seem like a lot of work to get the right diagnosis, I wish I had tried much sooner than I did. Maybe we could have avoided the fights over homework and making each other feel like crap.

Have you gotten a diagnosis or not? Why?